Mark has been a Physiotherapist for 17 years having qualified from the University of Brighton in 1999, with a BSc (Hons) degree in Physiotherapy. His career began traditionally after university entering the NHS where he rotated through a variety of fields: intensive care, orthopaedics, neurology, general medical and surgical and care of the elderly, before progressing into the field of musculoskeletal care, in which he continues to find himself in today. From an appointed senior NHS role he moved into the private sector working in private hospital settings before being enticed into military roles helping care for and rehabilitate regular, and Special Forces, Army, Navy and RAF personnel. With a strong prominence of lower limb injuries in this latter field and a consequence of his past time activities, Mark takes a specialist interest in lower limb injuries and their rehabilitation.

A previous, competitive rugby player for over 25 years Mark now devotes his time to more individual pursuits (running, gym and yoga) but maintains his competitive streak, demonstrated by events such as: a seven day, Lands’ End to John O’Groats cycle ride and even more recently ‘The Wall run’ – a 69 mile navigation of Hadrian’s wall, which he described as “12 hours 57 of pure running bliss!”. When he’s not running Mark enjoys watching films: ‘Ex Machina’, being his most recent, favourite discovery. 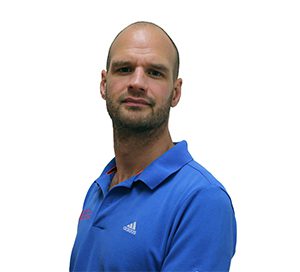